Why Olympic Records Are Constantly Being Beaten 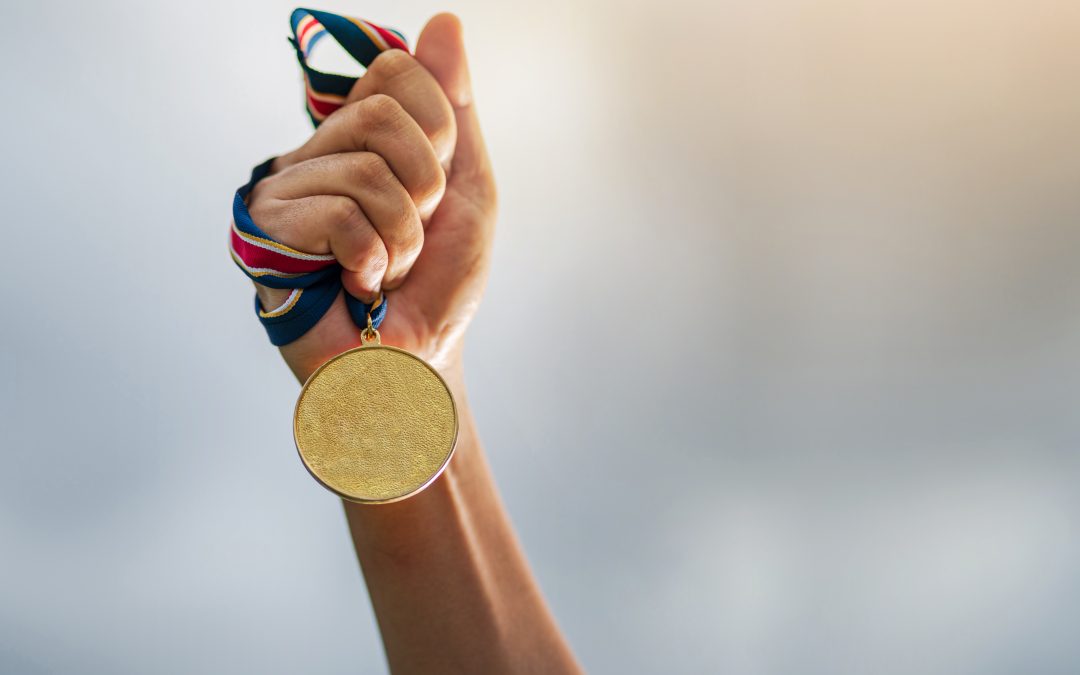 It is always thrilling to see competitors win medals, but there is also the fun of watching them chase a little marker on-screen to beat an Olympic record. The Tokyo games have seen many records smashed – with 19 in the swimming pool alone. Why is this the case? Is there something special about Tokyo or is this just a natural progression in competitive sport?

So why are Olympic records broken so often?

First, we have to remember that it isn’t something seen only in Olympics. World records and other competition records also change throughout a season. Whenever there is the drive and capacity to better oneself as an athlete or competitor, it can lead to greatness. It can seem as though Olympic records are broken more often, however, and there are some explanations for this.

The Olympic Games are,

a) the pinnacle of sporting achievement

b) full of a massive range of events

c) broadcast in front of global audiences, and

d) only around every four years.

What this means is that you have this grand stage where competitors can give their all to earn not just a gold medal, but also a record-breaking time/distance/score. That’s four years between games where performers can make massive improvements compared to the previous games. Also, with so many events broadcast on various outlets, we are going to notice more records made and broken than we might at a European Athletics tournament.

A lot can change in four years.

That four-year gap between games gives competitors time to make massive improvements across the board. This means that not only are they in a better position than they were at the previous games, but they are better able to beat the record that eluded them before. A strong four-year plan between games can transform a star competitor.

Athletes can focus on,

a) building strength and stamina with better fitness regimes

b) cutting weight where necessary with better nutrition plans

c) working on their technique with coaches, and

A great example of the point on coaching was seen in the women’s 100m final. Elaine Thompson-Herah won gold with a record time of 10.61. She is now coached by Stephen Francis, the former coach of Jamaican team-mate Shelly-Ann Fraser-Pryce, who has now led her to two golds. Fraser-Pryce took silver this year.

Nutrition plans are also important as they help with weight, energy levels, and knowing what to eat right before a big event. Some even go plant-based and see results. Carl Lewis says he got his personal bests after going vegan 25 years ago. But, there is also that infamous story about Usain Bolt eating McDonald’s every day in Bejing. His 100m record still stands.

Changes in technology and equipment play their part too.

Any Olympic competitor that relies on equipment should be on an equal playing field. Sailing teams should all have the same sort of boat, cyclists the same bike, and so on. But, the bikes and boats used in 2020 aren’t going to be the same as in 2016 in Rio. They will undoubtedly be lighter, faster, and easier to handle. So, it makes sense to see improved times. The Netherlands has two new Olympic records in cycling in Japan.

We can’t take anything away from the training and talent of all those that win gold honestly. Still, there is no denying that technological improvements can make a big difference to performance times. This doesn’t just mean training on Olympic-level exercise equipment or in high-end facilities. It also means taking advantage of new advancements in footwear or other aspects of what they wear. Small changes in materials and fits could shave off seconds.

An interesting example of this is the notion that not only are running shoes significantly more advantageous than those worn in previous games, but so is the track.

How big a part does the track play?

A lot of the new records in the Tokyo Olympic Games have occurred on the track, with impressive new times in hurdles and different sprint races. Improvements in training and fitness could all play a part. But, there is also the factor of the track itself. As reported in the Telegraph, the Italian-made track at the Tokyo Stadium is engineered to make runners faster.

The idea is that the texture and geometry of the rubber surface provide better shock absorption and energy return, much like the tech within a good running shoe. This could then lead to a one or two per cent increase in performance, which is significant in races judged by hundredths of seconds. Athletes say that the difference is noticeable and that it feels as though the track propels them forward. Some worry about tech like this overshadowing the sport in the future. For now, it may be playing its role in some of those new personal bests.

There is also the fact that many of these athletes wouldn’t have been able to get to training facilities during the pandemic. Instead, they would have needed a high-end home gym set up. For many, this would mean weight training racks and commercial trainers for a full-body workout. At Juke Gyms, we know what it takes to create an Olympic standard set-up with Olympic bars, competition weights, and a lot more.

Funding and support play a big part in success too.

Often in the Olympics, you will find lone competitors from less-obvious countries with a talent or passion for a sport. But, they have little funding or support so are unlikely to get far. Getting to the games is enough of an achievement. Then there are the teams of athletes with a lot of funding and support, perhaps through government schemes. The better your status and profile in your own country, the better able you are to get access to the best equipment, clothing, coaches, nutritionists, and more.

In turn, the higher the profile of a sport, the more opportunities there are to play and train. You see more programs in schools and communities to help find the next star. Those stars can then hone their skills and build sponsors from an early age until they are good enough to be selected for the Olympics. At the same time, the more clubs there are, the greater the competition. So, only the very best prospects are going to be selected, which means greater hopes for medals and records.

Finally, we can’t ignore the fact that the Tokyo Olympics is far from normal. Aside from the fact that this is a year late, which means more time to train or a messed-up schedule, the Tokyo Games are part of the pandemic era. This means fewer competitors making it over to the games and no spectators.

In Scientific American, it was suggested that the lack of fans in attendance at the Tokyo games is having a negative effect on performance. The empty stadiums and arenas are a strange sight and many competitors will struggle to get into a normal mindset. Simone Biles is a high-profile example, as she dropped out of an event due to mental health concerns. She cited the lack of a crowd as a reason. Team GB Taekwondo ace Jade Jones also let the atmosphere get to her and was defeated early on. She cited the lack of family support to get her past the normal feelings of fear and doubt.

On the other side to this, there are competitors in both these Olympics and other recent sporting events that see another side to crowd-less games. Some feel that the stakes are lower, which could release a little pressure and allow for better performances.

Is this just an unusual Olympics or a sign of things to come?

There is an argument that the weird variables and circumstances surrounding the Tokyo 2020 games in 2021 make the event an anomaly. There is so much going on in Japan right now with team selections, restrictions, spectators, and more, that results may not reflect what would have happened under “normal” circumstances. Would so many records have been broken in a full stadium in August 2020 rather than August 2021?

It is highly probable that we would have seen similar results because of the training regimes of the competitors, the equipment involved, and the influence of that smarter track. Some performers struggled with these games while others flourished and make the most of the circumstances. They gave their all and showed what a strong Olympic training regime could achieve.

There is, therefore, little doubt that there will be similar examples of broken records at the Paris 2024 Olympic Games. Competitors in all disciplines will start over, work on a four-year plan, take advantage of more modern tech, and outperform those record setters from Tokyo. There may even be a brand new track to run on.